The store will not work correctly in the case when cookies are disabled.
Active CMS Builder
TIPPING THE SCALES: GETTING TO THE BOTTOM OF OBESITY IN OUR NATIVE HORSE’S AND PONIES. PART ONE. 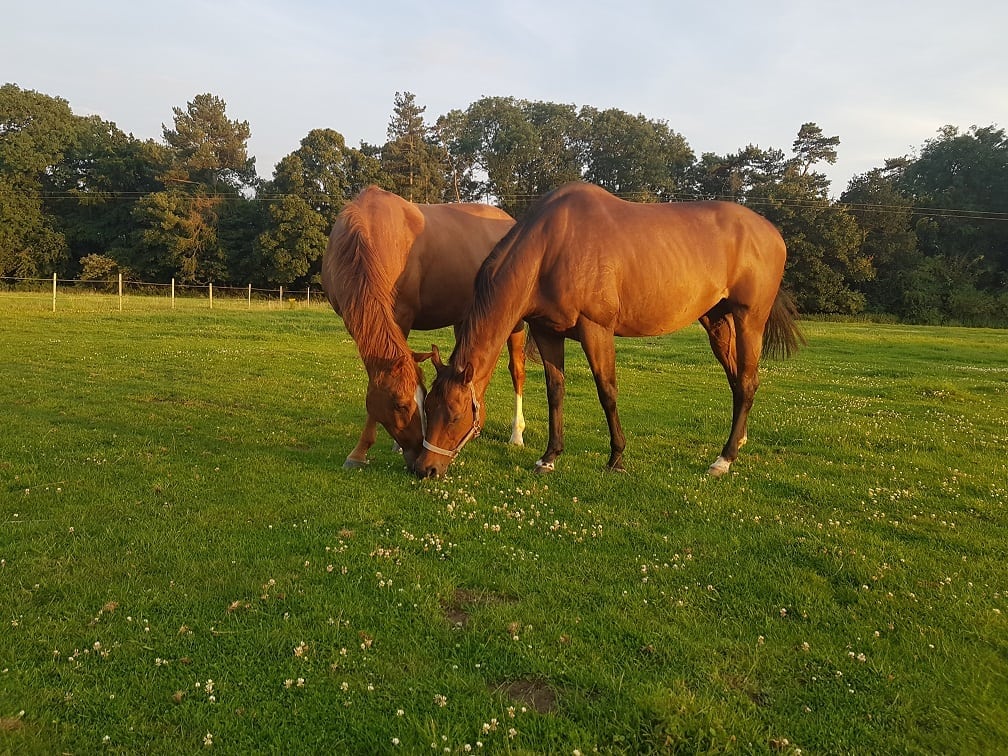 A four-part series on the tale behind the good doer.

Evolution vs domestic reality – can looking back at what the horse has evolved to eat help us to understand why obesity and laminitis are all too common place in our domesticated horses and ponies?

Let’s start at the beginning. Our equine friends have adapted to survive in nutritionally sparse environments, sourcing the necessary nutrients from coarse, low-grade fibre. Under modern management systems however, this is often far from the case.

Many UK domestic ponies are of native type, these types having adapted over millions of years to thrive in unforgiving, seasonal environments where grazing is sparse and of poor quality. Unlike its feral counterpart, the domestic horse and pony undertake little work and yet are receiving a comparative abundance of high-quality grazing and forage, in addition to the provision of shelter and rugs; somewhat tipping the scales in terms of calorie intake (see figure).

This is exaggerated by the horses’ naturally adaptive behaviour of building up stores of body fat in the summer as a buffer against the ‘inevitable’ scarcity of winter feedstuffs. The combination of these factors promotes adipose deposition (the laying down of fat stores). 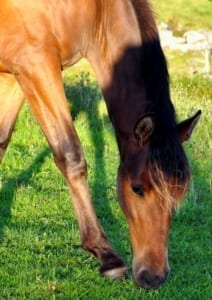 Obesity can be defined as the result of an imbalance between energy intake and energy expenditure and it is easy to see how this imbalance occurs under modern management, with food in plentiful supply. Horses and ponies are considered more likely to become obese during the summer months, displaying seasonal differences in metabolic rate, food intake, gut transit time, and energy expenditure all of which are increased over the summer months and decreased during the winter. During the winter months the horse’s appetite is reduced and animals enter a period of negative energy balance, during which mature animals lose body weight and condition. These losses are then regained in spring and summer when high quality forage becomes available.  In contrast to this natural fluctuation, studies have also shown the body mass of obese animals to remain constant irrespective of season – this could reflect the state of cumulative weight gain achieved over consecutive seasons.

In addition to this, climate change and improvements in technology could represent further cause for concern for our good doers. Anecdotally, grass is seen to be growing later into the year, providing a longer grazing season, the calories from which are not always accounted for in subsequent forage and hard feed provision. The vast improvement in the quality of rugs and provision of shelter, has seen horses not needing to burn extra calories in order to keep warm and therefore laying down fat instead. All of which offsets the natural winter weight loss which horses and ponies have evolved to employ. 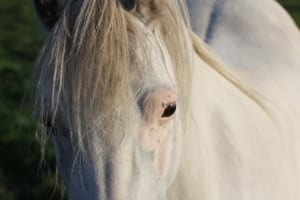 Why is it that of a number of animals which graze in the same field, and are subjected to the same management regime, some remain perfectly healthy and others get fat?

Native pony breeds in particular are reported to retain strong seasonality with respect to appetite and body condition. This seasonality predisposes them to gain weight through the summer months, where food is plentiful, before losing this weight over the winter months, where food is scarce. There is some suggestion that genetics, and more specifically, a ‘thrifty gene’ lies behind this propensity to gain weight with such relative ease. In a ‘normal’ animal, it is thought that closely regulated systems function to maintain body weight within a narrow range – this regulation system having a sensing mechanism for energy stores to be matched by eating behaviours and energy metabolism. The idea behind the ‘thrifty gene’ proposes that this system will be inclined to favour mechanisms encouraging weight gain, due to the survival value of that characteristic in surroundings with unpredictable and restricted access to food. Therefore, natives and cob types will typically store fat more readily due to having adapted to harsh climates involving travelling long distances to find food and water. The metabolism of these animals is specially adapted for optimum fat storage, so it’s no wonder we are finding them hard to manage in a domestic environment that provides in excess of their needs.

Another key factor to consider aside from general management is exercise. Horses have evolved to graze up to 22 hours per day, and in the wild can cover distances of up to 20 miles per day in search of fresh grazing and water. This acts as a good reference point for what a healthy horse can manage under natural conditions, and why, in domesticated conditions a lack of exercise often leads to weight gain.

So what does this tell us?

The native pony requires a constant supply of small amounts of low protein, high fibre forage. Meanwhile, many domesticated horses and ponies (in comparison to their feral counterparts) have a lifestyle that provides plenty, allowing them to, in the short-term at least, thrive not just survive. Exposing the horse to situations it is not evolved to deal with, such as year-round access to good quality food, often in excess, it isn’t surprising that the prevalence of obesity is so high.

With the prevalence of obesity reported as upwards of 50% of the equine population, it is essential that we get to grips with what these underlying factors are and changes we can make to improve the long-term health and ridden longevity of our horses and ponies. A good starting place for this is to evaluate the differences between the environments under which they have evolved to thrive and the domesticated environment which we provide. You only have to observe semi-feral pony populations to appreciate the vast differences in lifestyle and environment (not to mention condition) and a notable difference is the grasslands upon which they graze.

Join me in part 2 where we discuss the difference between semi-natural and improved grasslands and find out why this might be such a key piece of the puzzle when getting to the bottom of equine obesity.