The store will not work correctly in the case when cookies are disabled.
Active CMS Builder
The Story of Trickle Net

I’m Ellen. An everyday horse owner, just like you. Thanks for visiting the web site. Here’s how it all began……..

I once had a horse called Sully. I found him when I lived in Northern Ireland. He was a lanky orange yearling who had been beat up by a stallion. I wanted to help him recover, and so took on his care while I was groom at a small private yard near Londonderry. I soon discovered he probably deserved his beating, as he was the most obstinate strong willed awkward and troublesome young horse I had ever met. Though I fell for him.

He challenged me, and that made the good times more precious.
So I brought him back to England. 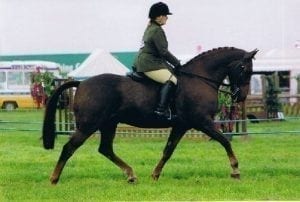 Fourteen years later, he was my best buddy, and what we enjoyed most of all was galloping after a pack of Bloodhounds on a Sunday afternoon. He was a big strong fit horse, but I had a feeling he wasn’t quite right. In the Spring of 2010 we finished our last season hunting. He had given me some fabulous days, and kept us both safe all season. I say both, as he was carrying my daughter too. I was pregnant and due in October.

It was becoming difficult to keep weight on Sully, and he began to look poorly. I tried different feeds and supplements and when nothing improved I had the vet out. The initial vet missed some crucial clues to his condition. He was misdiagnosed, and continued to decline. He became lame, and we couldn’t see why. 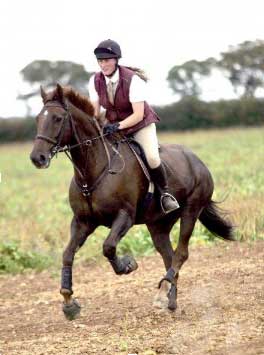 On a second opinion, and after blood tests we discovered Sully had Equine Metabolic Syndrome.
His insulin levels had raced out of control, and he was now suffering with laminitis.

Little had I known, the exercise I had been giving him was keeping his condition just under control. When I became heavily pregnant and his work slowed down, his insulin levels escalated to the point of no return.

For the next 10 months I nursed my best buddy in his stable. I tried everything to get him sound and well again. He had special shoes, special feeds. Lots of drugs. Various therapies. His blood and insulin were regularly tested. Some days he felt well enough for a little walk around the yard, but sometimes that would knock him back again. His coat was dull and he was thin and in chronic pain. Laminitis is such a cruel disease. It’s so hard to see your friend suffering everyday.

The fundamental aspect to recovery and management of laminitis is diet. Laminitic horses need strict control on the amount of forage they eat, together with the amount of sugar they intake. Horses are trickle feeders. Grazing animals. This natural feeding rhythm is essential for any horse to remain healthy.

I searched the globe for a feeding net which would trickle feed Sully, and be strong enough to withstand his abuse. He was a net trasher! It also had to be big enough to feed a large horse large amounts of forage over a long period of time. There was nothing available. What there was, he destroyed. Or it didn’t slow him down at all. So I made one. 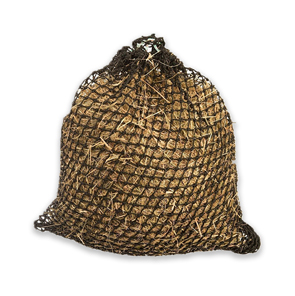 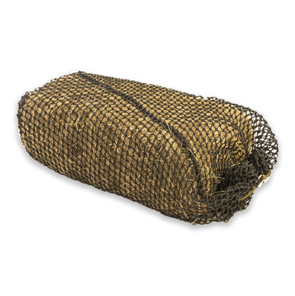 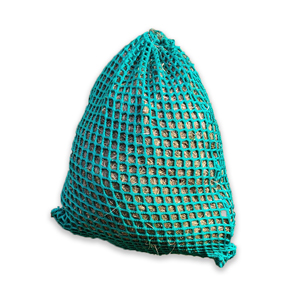 I made many prototypes, with inferior materials. I needed the strongest netting, with the right hole size to restrict his forage enough but not too much. I tried knotless netting, I tried different types of mesh, I tried various hole sizes. Sully tested anything that looked promising, and I landed on the best material. The strongest most effective netting is too tough to be stitched on a machine and cannot be made in the same design as other nets. This design is unique, and I spent a lot of time working out the best way to stitch this monster net together.

The Trickle Net was born, and it did a fabulous job at feeding Sully while I nursed him in his stable for those long painful months. On four occasions, I had decided to call the vet and end his suffering. On four occasions I saw a glimmer of hope, a small improvement which caused me to change my mind, pray harder. Keep loving my boy, and hope again. I had my baby girl during this time, and I used to put her in front of Sully’s stable while I worked on the yard. She would stare up at Sully, watching him pull faces and he would gently nudge her rocker with his nose. During the summer of 2011, I decided to make a sand pit outside Sully’s stable. This would provide a soft surface under his painful feet, and allow him to feel the sun on his back. He was in such pain, and by now had a large oedema under his belly. His coat was thin and his skin was flakey. I suspected he had cancer too.

He had two weeks of sunshine on his back, before I found him in agony in the sand pit. His big body had been weakened so much during the course of his illness. He had moved badly, and shattered the bones in his pastern. He took the decision from me, and his suffering ended that day.

Sully’s illness was too far advanced. There was nothing that could have saved him.

The Trickle Net had helped him greatly during his long spell of box rest. It enabled him to graze in his stable, where the alternative was long spells of hunger and boredom. I had to grab the silver lining on this horrible cloud, make something good from the tragedy of losing my friend of many years. NFU paid out for the loss of my boy, and his insurance payout started Trickle Net. The Trickle Net is a legacy to him, and he lives on in a product which now helps thousands of horses around the UK and Europe. 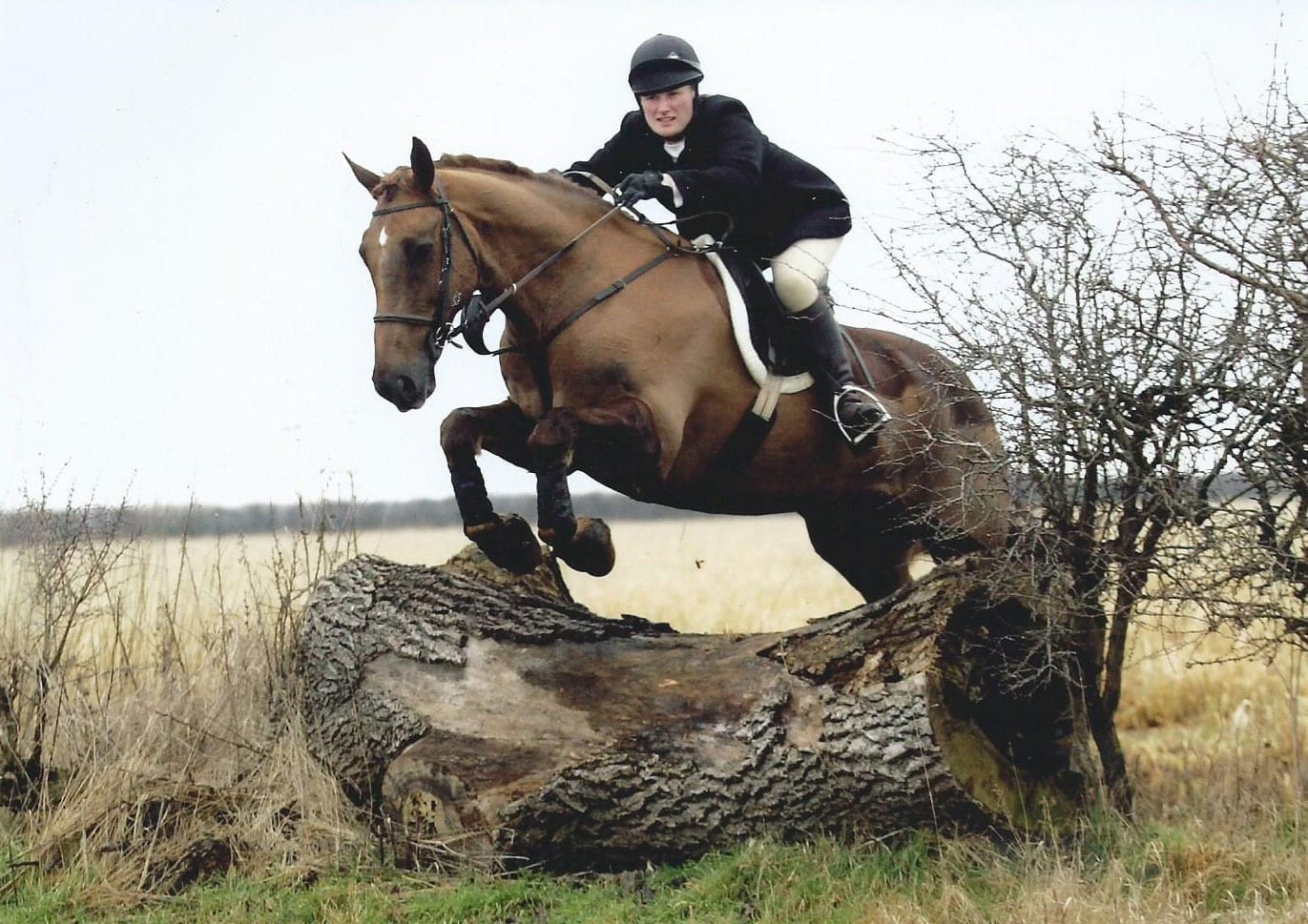